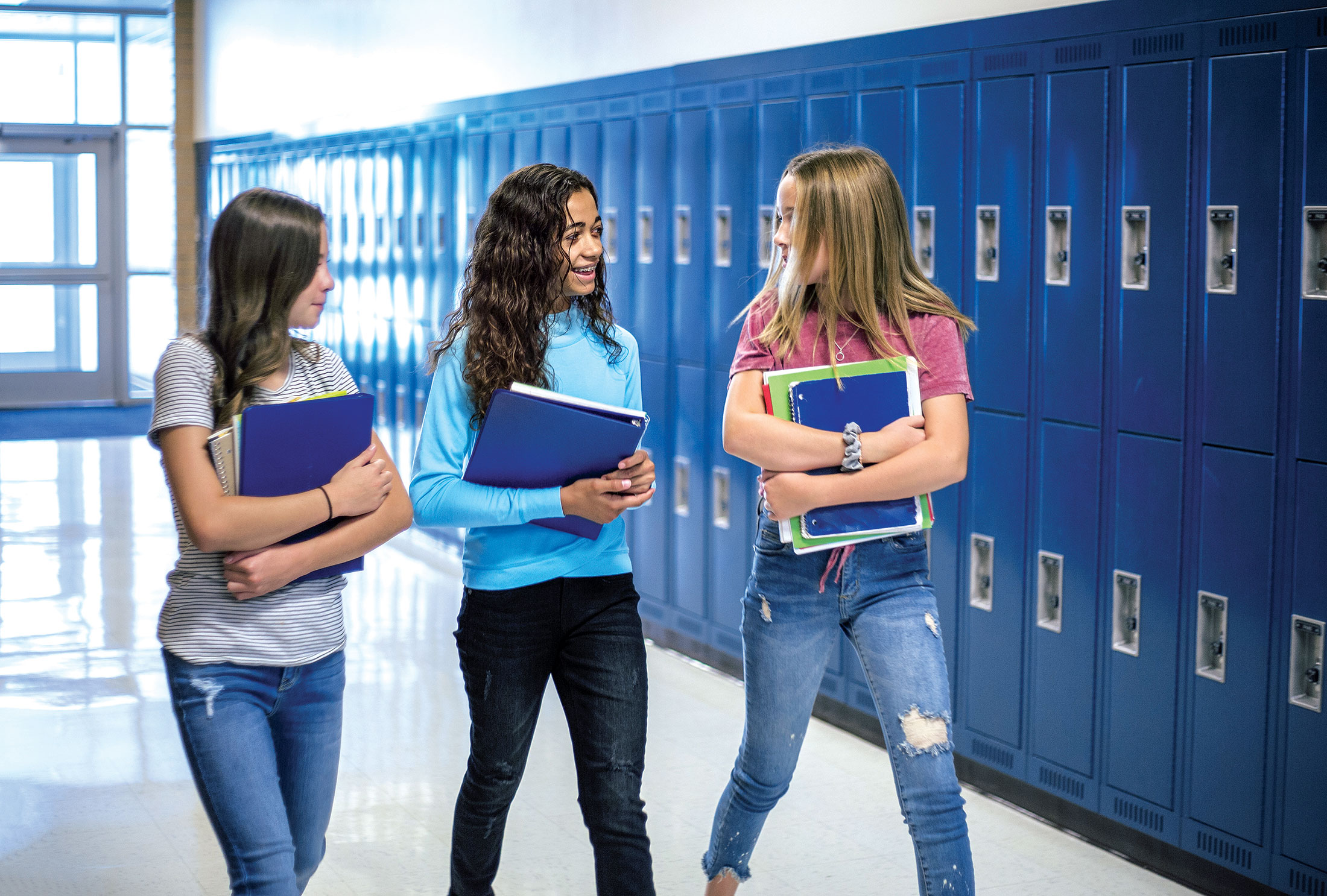 “When Maia starts sixth grade in the fall, I’m putting you on speed dial,” my friend Jackie told me over lunch. “I was the mean girl in middle school, and karma is going to bite me. Tell me the truth—just how bad will it be?” As a school counselor who has spent the past two years researching the parenting book Middle School Matters, I’m used to fielding that question. I told Jackie that I couldn’t do anything about her karma, but I could dispel some common misconceptions about tweens. Here are five truths about middle schoolers, along with tips to help parents approach a critical phase with positivity and confidence.

Most middle schoolers don’t crave drama.
Kids this age tend to be unfairly maligned as high-intensity pot-stirrers, but that’s a mischaracterization. They simply lack perspective and life experience. If you’ve never been dumped by your best friend, how can you know the searing pain won’t last forever? Instead of insisting it’s not a catastrophe, validate your kid’s real heartbreak, redirect their energy and help them expand their friend group. And remember—as much as kids dislike peer drama, they really don’t want any drama from you. If they suspect you’ll overreact, they won’t tell you they failed a quiz or sent a classmate a nude selfie. Try to keep your cool so you’re in the know when they need help regrouping.

They’re not embarrassed by you, they’re embarrassed to be with you.
For middle schoolers, separating from parents and aligning with peers is a developmental imperative. If your seventh-grade daughter is at a football game with her eighth-grade friends and you show up, she probably won’t invite you to sit with them. It’s not that there’s something inherently embarrassing about you, it’s that she wants to appear mature and independent. Don’t confuse this standoffish behavior for lack of interest in you. Your child is watching your every move, observing how you practice self-care, handle setbacks, cope with stress, pick friends and treat others. This isn’t a time to back off—in fact, it’s the perfect time to double down on modeling values, because middle schoolers are intellectually capable and impressionable.

They do want to talk, as long as you abide by the following 4,024 rules.
How you engage your child is just as important as what you say. If the conversation feels too personal, they’ll feel over-exposed and shut down. Try manufacturing emotional distance. You can broach love or friendship issues by analyzing characters in a movie, show or book, or by dissecting a relationship advice column, or by asking about their friends’ experiences. If you talk about topics such as underage drinking, drugs or sex, bring them up in the context of a current news story. Some kids find it easier to talk when eye contact is optional, such as in the car. Avoid prying, open-ended questions unless safety is at stake, and respect that their crush is their business. Take the same approach with problem-solving. If your kid is stuck, ask them how they’d advise a friend. Or try visual imagery and take them on a magic carpet ride. Ask them if they have a different take on their situation from their vantage point in the sky.

They’re not trying to push your buttons.
Your child is likely to test boundaries in middle school, whether they lie, cheat, spearhead a hurtful group chat, get in a physical fight, skip school or vape in the bathroom. None of that means they’re a bad person, but something could be getting in their way. Determine the root cause of their behavior so you can target the right solution. Are they unhappy with their status in the social hierarchy? Need extra help in school? Struggle with attentional issues? Feel overwhelmed, anxious, or depressed? Want to fit in? Be clear that you can handle the truth. Your child won’t burden you with their insecurities if they sense you’re not at your peak. On the flip side, don’t despair if they battle you over everything. They’re not pushing your buttons for sport. It may feel counterintuitive, but arguing is a sign that they respect your opinion and care what you think.

They’re an enigma to themselves, too.
Middle schoolers are a jumble of contradictions and inconsistencies. They can be sullen at home but delightful with teachers. They can be risk-takers on the athletic field but cautious in class. The same kid who asks you to read to them on Monday might ask you to get out of their life (and their room) on Tuesday. I know it’s tough, but try to be the eye of their storm. Stay consistent, accepting and loving as they do the hard work of figuring out who they are and who they hope to become. They’re already feeling tremendous pressure to conform, so celebrate what makes them different, focus on their strengths, and remind them that every middle schooler on the planet is working on something.

About The Author: Phyllis L. Fagell, LCPC is the school counselor at Sheridan School in Washington, D.C., a psychotherapist at The Chrysalis Group and a
frequent contributor to The Washington Post. She writes the “Career Confidential” column for PDK, Intl., “The Meaningful Middle” column for AMLE, and is the author of “Middle School Matters,” (Hachette, 2019). Phyllis blogs at www.phyllisfagell.comand tweets @pfagell.

About Ask, Listen, Learn: Ask, Listen, Learn: Kids and Alcohol Don’t Mix is a program of Responsibility.org, a non-profit organization committed to preventing drunk driving and underage drinking and promoting responsible consumption for those of age who chose to drink. To access the FREE resources please visit www.asklistenlearn.org