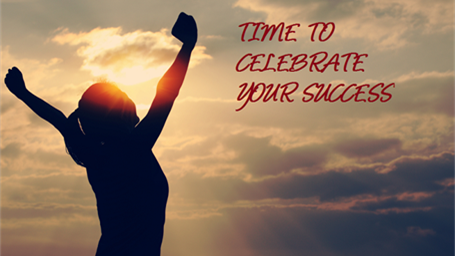 One Thing I Always Say Is…

If you’ve ever taken SAPST training from me or you’re one of my Prevention Specialists, you’ll know I say the title phrase A LOT when I’m teaching. That or, “This is probably my favorite part” when I teach SAPST. No but really, it’s my favorite part! I can’t help it, I’m a prevention science nerd.

Seriously though, one of the things I have said for about a decade now is, “If you’re not talking about it, it’s like you’re not doing it” when it comes to your prevention work. Back in the stone age when I started in prevention, my boss at the time had a habit of taking pictures of new employees, writing an accompanying article about what their new job entailed, and publishing them in the two local newspapers. I thought it was the silliest thing and that no one would care. Though as the years went on and I took her position when she retired, I started doing the same thing. I was in a position where I needed to support the people I supervised and advocate for them and their work in our communities. I had the philosophy of, “if I don’t do it, no one else will”.

After I had that thought, I began to think the same way about the activities I was working on. Some of the greatest things I did and what I consider my best accomplishments as a Prevention Specialist, very few people knew about. Why? Because I didn’t talk about it. Sure I may have shared it in a coalition meeting when we all report  what we’re working on, but the platform never became larger than that. Whenever I got the quintessential, “what do you do for work?” question when I met people, while it was hard for me to describe what I did (and still is!), I could easily share some of the great things I worked on. But that’s where it ended.

Friends, we need a giant megaphone when it comes to our work-and we have to be the ones yelling through the end of it. Prevention is such an underrated field and it’s often hard to see the results of what we do. But if you want to see bigger, better results, you need to be LOUD and PROUD of every single little step you take and accomplishment you reach. You planned a parenting class and expect 20 to show up but only two did? So what? That’s two people whose life and their children’s lives we are changing drastically for the better. Their children will grow up in happier and healthier homes because of you. You may not have reached as many as you wanted, but those who showed up….you’ve had an immeasurable impact on theirs.

But just because the class is over doesn’t mean you’re done. Share the positive feedback you got from class evaluations with your coalition, board members, health department WIC coordinator, school counselors, daycares, church pastors or whoever you are in contact with to tell them how well-received the class was for those who participated. Use that as an opportunity to connect with them and possibly recruit for future classes. By the way, this really happened when I was teaching parenting classes.

Another example from my time working in the field is when I worked with local law enforcement on poor compliance check rates. We did a lot of work behind the scenes to help retailers improve those rates. But again, after those were done I took that opportunity to write a newspaper article about how well the retailers had done on their latest round of compliance checks and had a drastic increase from the previous time. I took that opportunity to also tie the work back to our coalition and the work we do to reduce underage access to alcohol. I asked one of the local police chiefs to write a letter to the editor on how happy he was to see the retailers doing a better job. In that same letter he also thanked the local coalition that was helping with this work and other underage drinking prevention. And of course we shared that with every single person, partner, coalition member, county commissioner, and city councilperson that we could. But the bottom line was, we were our biggest advocates for the work we were doing and we were tirelessly talking about it.

In prevention we need to celebrate our successes. Not just the big ones, but the small ones too. So many times when I talked about something my coalition did in the community I heard “oh I didn’t know we had that here” or “I had no clue we had that in our community”. Even if it seems insignificant to you-such as hiring a new employee-that metaphorical speakerphone you’re using can open doors to new people before you even get the chance to meet them. Because of the article my boss wrote about me, fellow coalition members already knew who I was and what I looked like before I had met them. Was it weird? Yes. But was it effective? Also yes. Your takeaway should be this: talk about what you do and what you’ve accomplished no matter the size of the task. Frame your way of thinking into a positive one, where you focus on what good things happened, not necessarily what didn’t happen. Now I’ll leave you with another thing I say all the time. Go forth and prevent!