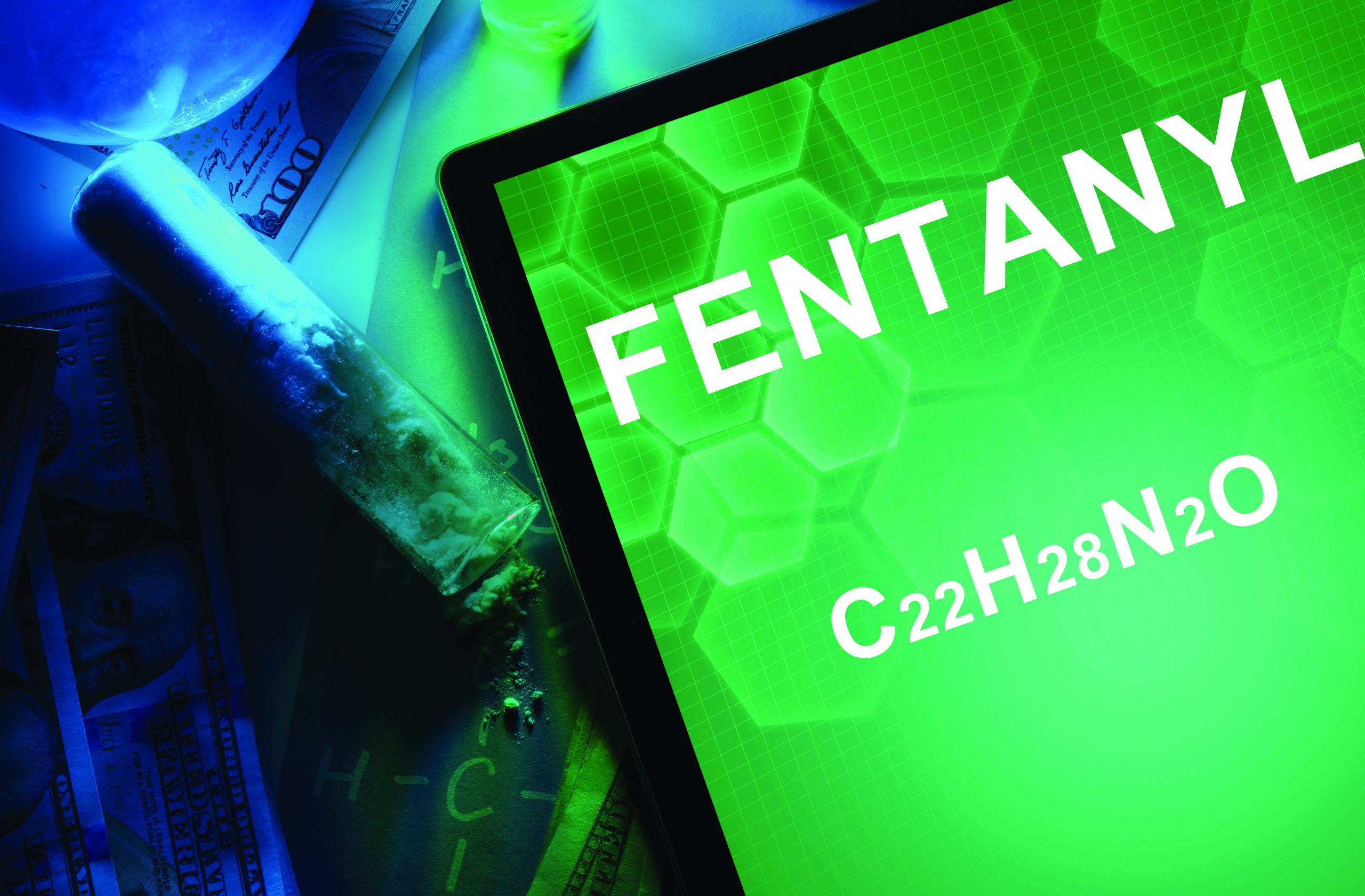 Fentanyl: NOT Just Another Synthetic Drug

Caution! Fifty to a hundred times more potent than an average pain killer, fentanyl is a synthetic pain killer known as an opioid. Like morphine, fentanyl is a prescription drug that may be prescribed for pain. Fentanyl can also be manmade and used illegally and is often laced with other street drugs. There are lots of street names for manmade fentanyl. The United States Drug Enforcement Administration (DEA) has identified some such as Dance Fever, Goodfellas, Great Bear, and Tango & Cash. It is often made as a powder that is then formed into pills that may look very similar to prescription pills or diluted as a solution that may be carried in containers that look like droppers or spray bottles. In August of 2021 in Georgia, a drug unit seized candy that looked like bears that was wrapped in a candy wrapper that was infused with fentanyl.

Fentanyl is a concern for communities and is being trafficked. In September of 2021, the DEA issued a public safety alert because of a sharp increase in fake prescription pills containing fentanyl and meth. They warned that international and domestic criminal drug networks are flooding the U.S. with lethal counterfeit pills. They have been seized in every U.S. state.

The National Institute on Drug Abuse (2021) states that synthetic opioids, including fentanyl, are now the most common drugs involved in drug overdose death in the United States. A deadly dose of fentanyl is small enough to fit on the tip of a pencil.

Action! Be aware of the dangers associated with fentanyl and avoid any direct contact with the drug. Talk with your children, friends, and family about the dangers and what to look for. Fentanyl use can look like relaxation, drowsiness, confusion, unconsciousness, and even extreme happiness. It can cause nausea, urinary retention, and constipation. It is important to look for pupillary constriction and respiratory depression. If you have concerns that someone is using fentanyl, connect them to and encourage appropriate professional help. If you are concerned that someone is under the influence of fentanyl, call 911 as they may need lifesaving measure performed immediately.