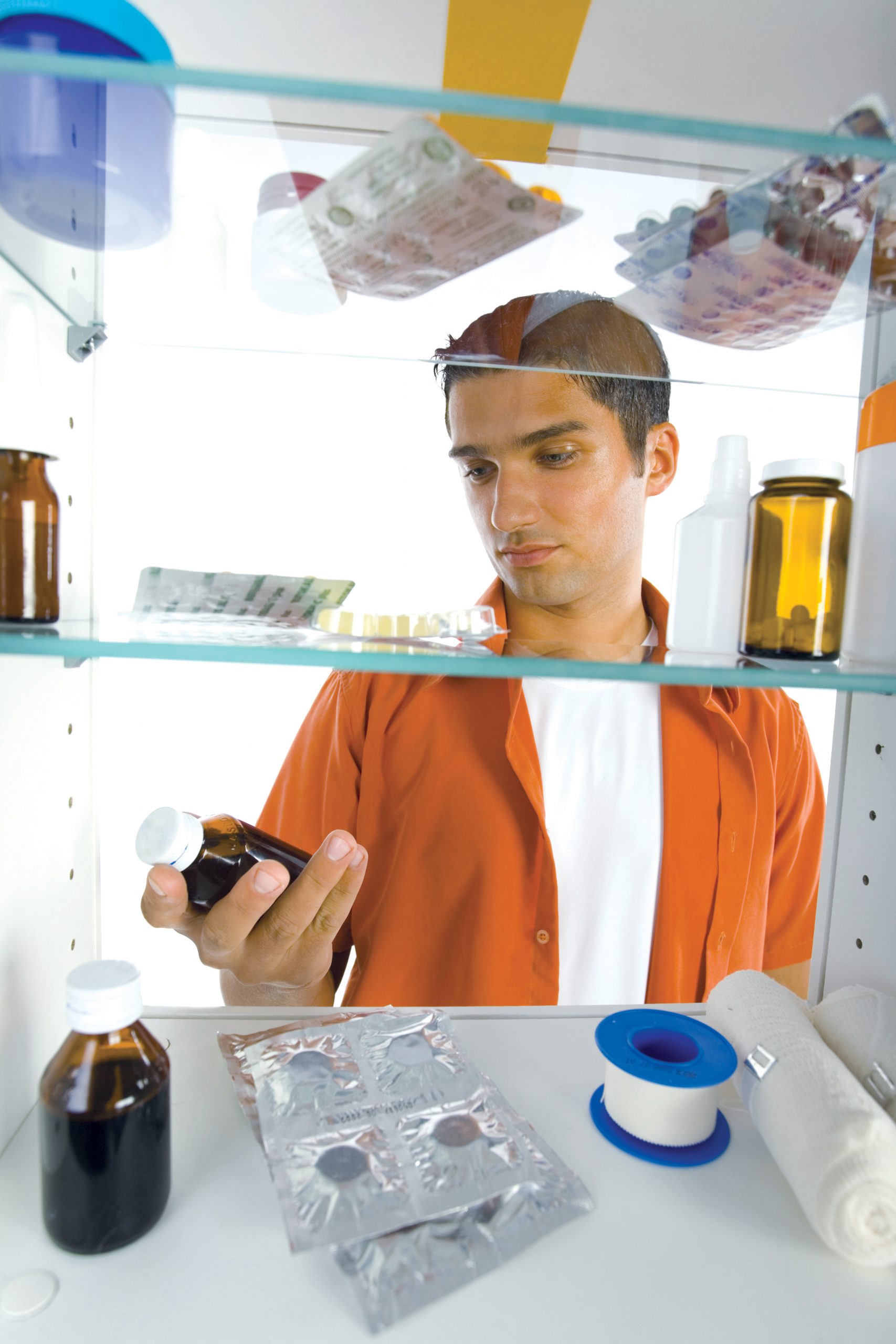 What’s in your medicine cabinet? Over-the-counter (OTC) medications that are intended to be helpful can be harmful when misused. It’s important that you know the trends, the facts, and be aware of the dangers. Some OTC medications can be psychoactive, meaning mind-altering, which makes them an appealing way to get high. In fact, national studies show that the misuse of OTC medications is most common among youth ages 13–16. Youth are reporting that they are using OTC medications like Benadryl, Dimetapp, Robitussin, Imodium, and No Doz with the intention of getting “legally” high.

The National Institute on Drug Abuse (2021) states, the most commonly misused OTC medications are dextromethorphan and loperamide. Dextromethorphan (DXM) is a cough suppressant found in many OTC cold medicines. The most common sources of abused DXM are “extra-strength” cough syrup, tablets, and gel capsules. Youth misuse these drugs by taking medicine in exceedance dose other than directed on the package. They may also mix these medications with other things to create more desirable mixtures. An example would be “lean” or “purple drank” which is a mixture of cough syrup and soda pop, like 7 Up. The mixture disguises the taste which often leads to larger amounts of consumption. These drugs are also often misused in combination with other drugs, such as alcohol and marijuana.

Loperamide is an anti-diarrheal that is available in tablet, capsule, or liquid form. When misusing loperamide, people swallow or drink large quantities of the drug. Loperamide misuse can cause euphoria, like other opioids, or lessen cravings and withdrawal symptoms. Loperamide misuse can also lead to fainting, stomach pain, constipation, eye changes, and loss of consciousness. It can cause the heart to beat erratically or rapidly, or cause kidney problems. When people overdose on DXM or loperamide, their breathing often slows or stops, similar to an opioid. This can decrease the amount of oxygen that reaches the brain, a condition called hypoxia. The National Institute on Drug Abuse (2021) continues to state, hypoxia can have short- and long-term mental effects and effects on the nervous system, including coma and permanent brain damage and death. Misuse of these medications can also lead to overdose. A person who has overdosed needs immediate medical attention. Call 911 if the person has stopped breathing or if breathing is weak, and begin CPR. DXM overdoses can also be treated with naloxone. Also important to note is the misuse of these drugs can lead to substance use disorders.

Another OTC drug trend is the misuse of caffeine pills. Caffeine pills contain a mixture of caffeine and inactive ingredients. Drugs.com lists some of the most popular brands of caffeine pills that are used as No Doz Maximum Strength, Stay Awake, Revive, and Cafcit. Youth are often using caffeine pills for many of the same reasons they consume energy drinks, to juggle their complicated schedules and battle sleep deprivation. They may also be misusing the drug to get high. Next Generation (2022) describes the misuse of caffeine pills has been noted to induce a slight high or euphoria. Like energy drinks, caffeine pills, when taken as directed, can offer a boost of energy with few negative side effects. The challenge again is how it may be misused. The average caffeine pill contains 200 milligrams of caffeine, meaning it only takes two pills to reach unhealthy levels. As described above with other OTC medications, it is much easier to consume a lot of caffeine at once when it comes in pill form. Misuse of caffeine pills can also lead to negative side effects. According to Drugs.com, some of these include extreme nausea, panic attacks, vomiting, dehydration and heart palpitations. Misuse with higher consumption can also lead to heart attack or death. A person who has overdosed should seek medical attention. Call 911 when necessary. Once again, important to note, misuse of this drug can lead to substance use disorders.

Now that you know the trends, the facts, and are aware of the dangers, let’s talk about what you can do to help. You can help by creating deterrents, making it harder to access these over-the-counter medications. A couple of ideas would be to lock them up or tuck them away where they are out of sight and not easily accessible. This will allow you to dispense and monitor what the youth will have access to and the dose. When a youth must request access, you can have a conversation about appropriate use and dosage. Providing time to model, teach, and have important meaningful conversations is invaluable. Remember, families are often the biggest protective factors and disapproving of misuse is a deterrent. Most importantly if you see or feel misuse is taking place, say something, do something!