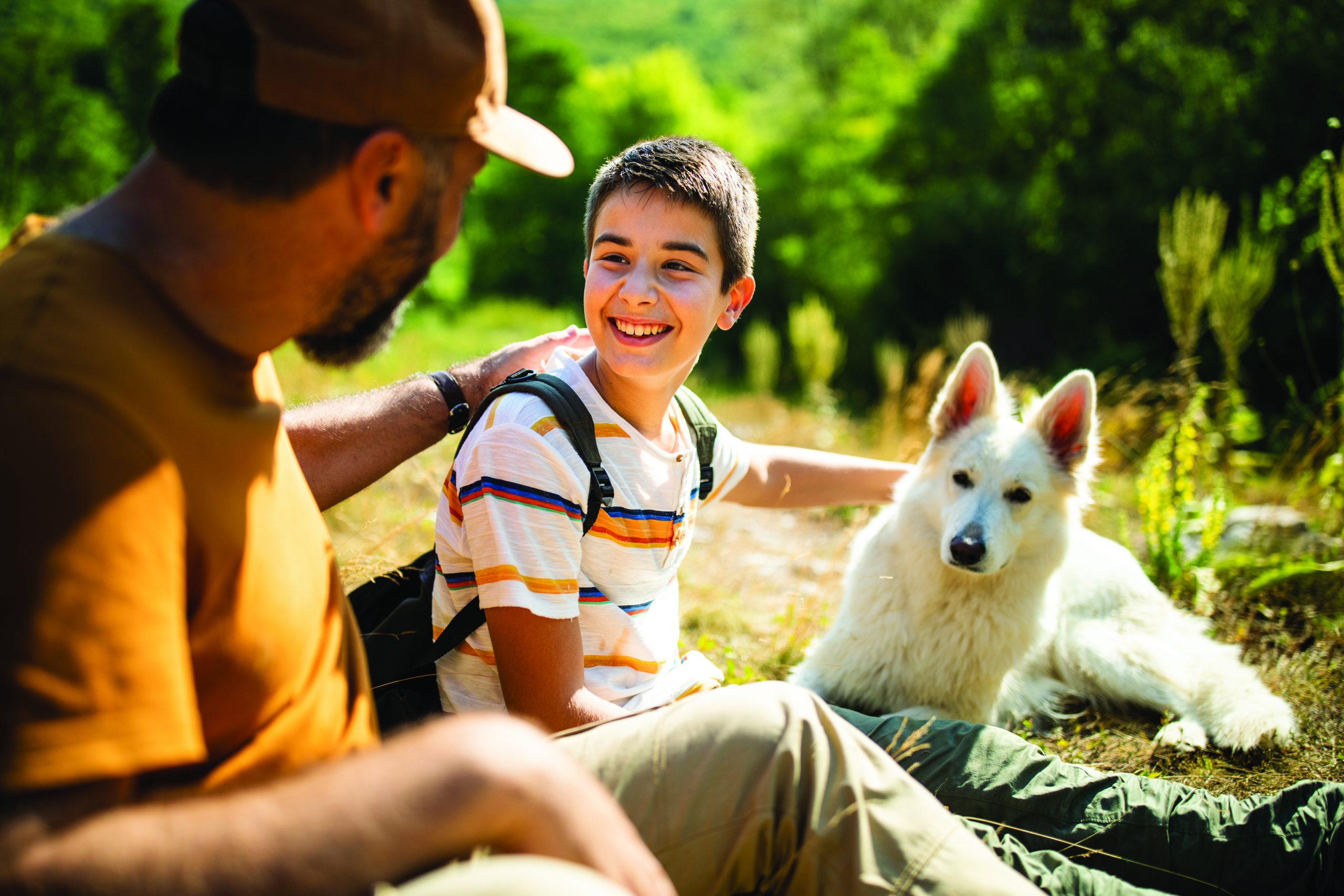 The Benefits of Guardrails

Do you remember as a teenager how much energy you spent trying to work your way around the restrictions your parents set for you? My mom is still finding out about the different times I snuck out and was up to something she had no clue about. And she still gets mad!

On one hand, teenagers can’t stand boundaries and restrictions. Developmentally, they’re in an important phase where they’re trying to figure out life on their own and prepare for a time when they will be responsible for themselves. They need to discover where the boundaries are and carve out a path that’s most suitable for them.

They want to stay up late, watch what they want, unlimited access to technology, and the freedom to go wherever they want when they want. They want to discover how life will work best for them.

We know that we have to give more freedom and responsibility to our teenage children. In fact, we want to. We want to see them become more mature, wise, and thoughtful about how they steward their lives.

We know how the teenage years are an intense time of training for life. It’s a stressful time for them, not to mention for us. They’re under constant pressure to perform well academically, to fit in with their peers, and to make choices about their future as much as choices for their wardrobe. With so much stress and pressure, it’s no wonder they make some careless mistakes.

We also want them to be safe and make smart choices. We know how their developing brains have yet to grasp the wisdom they need to manage their own lives effectively. They still need us, although it looks different from when they were younger. They need us to start to serve as their coach and guide and steer them away from harm and towards experiences and choices that will assist them in growing up well.

As much as teens grate against the rules, restrictions, and boundaries adults set for them — they still need them. They aren’t wise enough (yet) to make the best choices for themselves. They lack the context, life experience, and ability to see how their current choices will affect them in the future. They need help in the form of guidance and especially through boundaries and guardrails we set for them. That’s our responsibility. We need to continue operating as their brake as they push down the gas pedal.

In fact, even though they roll their eyes and argue at every turn, they know deep down that the restrictions we set for them express our love and concern for them. Kids who have adults in their lives who give them too much freedom too early often develop a deep-seated belief that they aren’t valuable or worthy, and they carry that fundamental belief with them into adulthood.

The problem is teens will never match their freedom with responsibility. Their wise decision-making brain functioning hasn’t fully developed yet. Making mistakes is a key part of growing up, and kids learn to make better decisions by experiencing the natural consequences of their actions.

With substance use, though, the potential negative consequences for their health and future are too much to gamble with. Well-intentioned parents will often recall their own early experiences with substance use with a touch of nostalgia while failing to remember the actual details or reality of harm those experiences had on their life.

Kids who delay their first drink of alcohol until past their 18th birthday will have an infinitely higher likelihood of avoiding a lifelong struggle with alcohol.

Most addiction problems start during the teenage years.

The teenage brain will get permanently altered to crave more and more risky behaviors if they indulge in substance use and the subsequent dopamine rush their brains enjoy.

Teens are hypersensitive to their perception of their friend’s behaviors, and they grossly overestimate how many of their peers use drugs and alcohol.

Teens underestimate how harmful substances like marijuana or prescription painkillers are.

Substance use can lead to death—through a dangerous combination of substances, overdose, or automobile crashes.

Your kids don’t know these facts and probably won’t believe them. They don’t need to believe them for you to keep them safe. You can create safety by establishing expectations, boundaries, and guardrails.

In a 2017 study of the radical transformation Iceland saw in their rampant substance use problems amongst teens, one of the key pillars was establishing a curfew. They knew that teens who were out late together were more likely to make poor choices. So, they removed that opportunity for them. They didn’t restrict them from spending time together; they invested in community centers with fun activities and adult chaperones to guide their behavior. That’s one small but significant example of what an effective guardrail could look like in your family.

Whether it’s a curfew, a promise to say no to any offer of alcohol or drugs, a GPS-linked app to make sure you know their location, or a restriction to attend parties or late-night activities, it’s important for every family to clearly communicate and enforce guardrails. Your teens won’t like it or understand it, but they don’t need to. Later on, they will be able to understand that your strictness was an expression of your love for them.