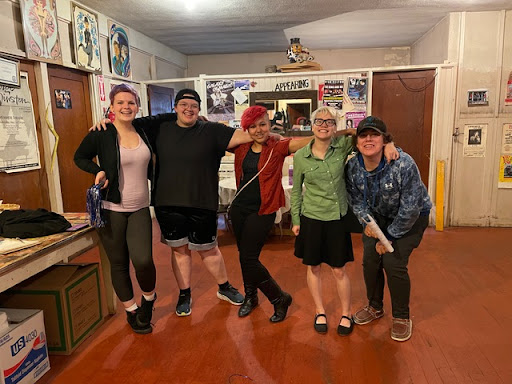 The Open Theatre Project and the Copperhead Alliance (LGBTQ student organization) produced two ten minute Pride themed plays at the Washoe theatre during the Anaconda Pride Festival on June 12th.  The high school students performed the short comedies for a large group of festival goers.   One of the lighthearted plays explored the difficulty of navigating gender roles while the other took a look at a burgeoning relationship between a high school student and a teenage vampiress.